Beirut: A man in Lebanon tried to self-immolate during a protest in Beirut on Saturday, the Lebanese Red Cross said, before protesters extinguished the flames.

Protesters in Riad al-Solh Square smothered the flames with jackets and blankets, an AFP photographer said.

The man, who did not lose consciousness, was evacuated in a Red Cross ambulance.

“A man set fire to himself, a Lebanese Red Cross team intervened,” the organisation wrote on Twitter.

The official ANI news agency reported that a man in his forties had doused himself in petrol before setting himself alight.

While the reason for his action was not known, Lebanon is on the verge of economic collapse amid political paralysis and an ongoing protest movement.

On Saturday, dozens gathered in the central Riad al-Solh Square for another demonstration against the country’s ruling elite.

Protests began on October 17, mobilising hundreds of thousands of Lebanese demanding an end to corruption and incompetent leadership.

Lebanon’s financial situation, already precarious before the protests, has deteriorated markedly since. In recent weeks, thousands of people have lost their jobs or had their salaries slashed.

Several cases of suicide have been reported in recent days, with financial difficulties believed to be a motivating factor.

In February, a Lebanese man died from severe burns after setting himself on fire at his daughter’s school over a fee dispute with the management.

The World Bank has warned of an impending recession that may see the proportion of people living in poverty climb from a third to half the population.

Unemployment, already above 30 per cent for young people, would also increase, it has said.

An $11 billion (10 billion euro) aid package pledged at a conference dubbed CEDRE in Paris in April 2018 has not been unlocked by donors for lack of reform. 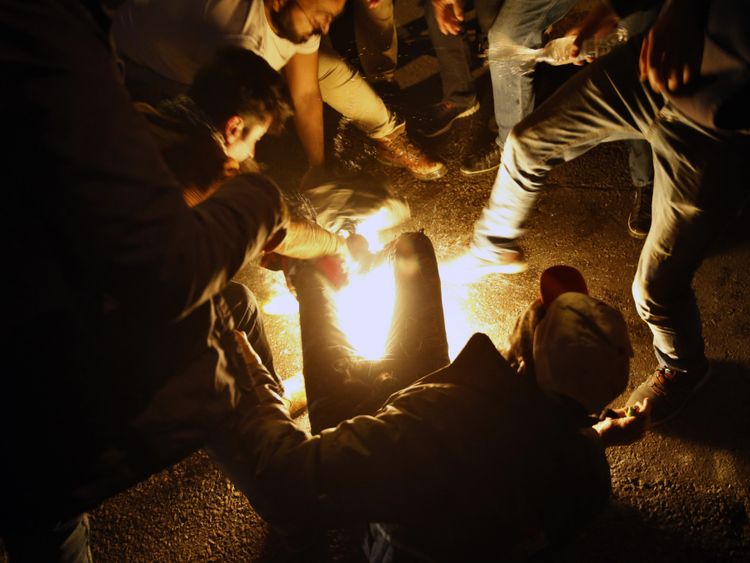 These were the details of the news Man in Lebanon sets himself alight at protest for this day. We hope that we have succeeded by giving you the full details and information. To follow all our news, you can subscribe to the alerts system or to one of our different systems to provide you with all that is new.