Thank you for your reading and interest in the news Beirut explosion: Lebanon's Prime Minister Hassan Diab to propose early elections and now with details

Lebanon's Prime Minister Hassan Diab is to propose the holding of early parliamentary elections to government on Monday in an attempt to address the country's political crisis, exacerbated by Tuesday's huge explosion in Beirut.

He spoke as hundreds of protesters took to the streets, storming the foreign, economy and environment ministries as anger exploded over the deadly blast, which killed at least 158, made hundreds of thousands homeless and shocked the world.

In a short address on Thursday evening that many Lebanese TV stations chose not to broadcast, Mr Diab said he will introduce a draft bill proposing early elections

"I am with the Lebanese people in wanting change," he said.

He indicated he will stay in office for two months while the reforms are implimented, saying "I want change like the Lebanese, too".

On rumours that the country had rejected aid, He said "this is not true. We need all the aid we can get".

Mr Diab also called on the country's political parties to put their disagreements aside and work together, as the country faced unprecedented crises on multiple fronts.

Holding early parliamentary elections was one of the chief demands of the nationwide protests back in October, which called for the removal of the political class. 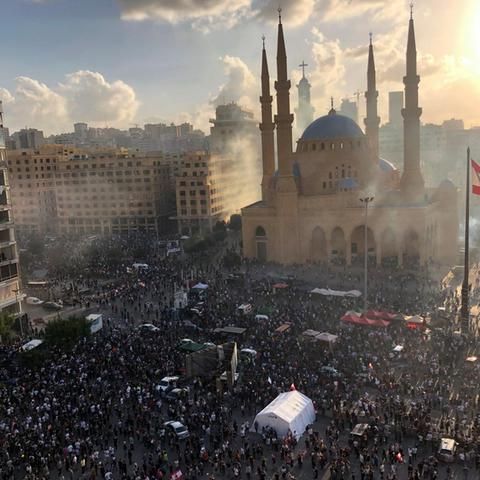 These were the details of the news Beirut explosion: Lebanon's Prime Minister Hassan Diab to propose early elections for this day. We hope that we have succeeded by giving you the full details and information. To follow all our news, you can subscribe to the alerts system or to one of our different systems to provide you with all that is new.

PREV A German party dismisses a leader for speaking about the possibility...
NEXT Hamas in Gaza 'strikes deal to reduce violence'