Swedish police are now investigating threats made against Mr Tegnell and his family, the daily Aftonbladet newspaper reported.

He is seen by many as the controversial mastermind behind the country's relatively relaxed coronavirus measures.

Mr Tegnell on Monday walked back an earlier claim that Stockholm was on course to achieve herd immunity – where a high enough percentage of the population has already developed resistance to the virus to stop it from spreading – by the end of the month.

“No that will not happen,” he told US broadcaster NPR, and added that he thought the immunity rate in the Swedish capital was still likely lower than 30 per cent.

“As you might be aware, there is a problem with measuring immunity for this virus,” he said.

A report released last week by Sweden’s public health agency containing the initial findings of an ongoing antibody study showed that only 7.3 per cent of people in the capital had developed antibodies to Covid-19.

Sweden has been forced to defend its response to the coronavirus pandemic, rejecting “a week-by-week measurement of mortality” that shows the Scandinavian country as having one of the highest mortality rates in world.

From May 12 to 19, Sweden reported 6.25 Covid-19 deaths per million people per day across a seven-day rolling average, according to Ourworldindata.org.

That was the highest rate in Europe, followed by Britain’s average of 5.75 deaths per million per day.

Foreign Minister Ann Linde stressed that “transmission is slowing down, the treatment of Covid-19 patients in intensive care is decreasing significantly and the rising death toll curve has been flattened.”

“This is not a sprint, it’s a marathon,” she added.

Large gatherings were banned but restaurants and schools for younger children have stayed open.

The government has urged social distancing, and Swedes have largely complied.

But the country has paid a heavy price, with more than 4,000 deaths from Covid-19.

The novel coronavirus causes only mild or moderate symptoms in most people.

For some, especially older adults and people with existing health problems, it can cause more severe illness or death. 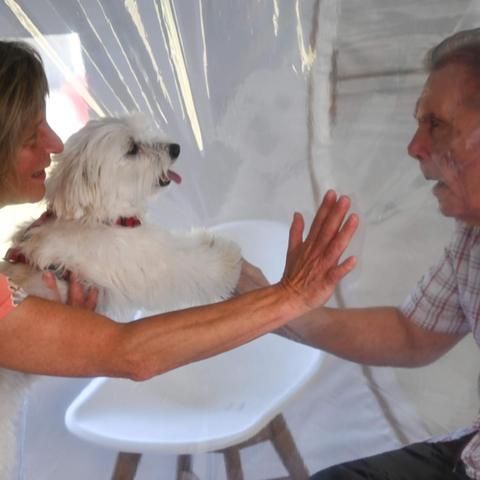 These were the details of the news Swedish epidemiologist targeted with death threats for Covid-19 response for this day. We hope that we have succeeded by giving you the full details and information. To follow all our news, you can subscribe to the alerts system or to one of our different systems to provide you with all that is new.

PREV Hamada Hilal: “A wouty family and a gangster” caused Leah and...
NEXT Covid-19: Marcelo does not rule out rising deficit to strengthen SNS...